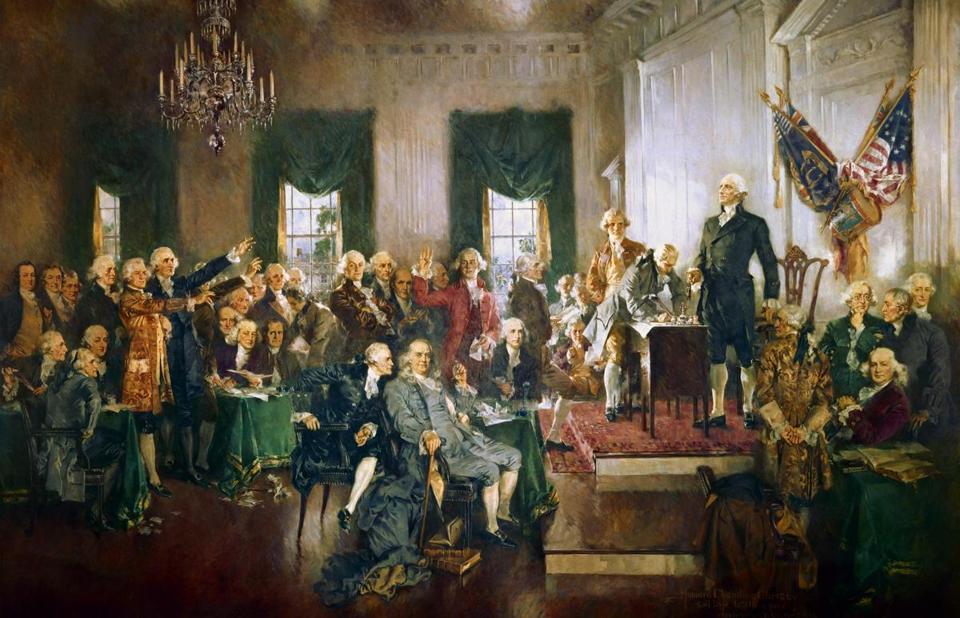 AMERICANS OFTEN FIXATE on the origins of their Constitution. Indeed, before the confirmation hearings for the high court’s newest Justice Brett Kavanaugh took an unexpected turn, we found ourselves preoccupied with its birth yet again.

Kavanaugh, after all, like so many recent Republican nominees to the Supreme Court, embraces constitutional originalism — the theory that the Constitution must be interpreted today in accordance with the meaning it had at its inception.

Originalism continues to surge in popularity, winning converts across the federal judiciary, law school faculties, and the political ranks, while the Supreme Court often decides cases based ostensibly on what the Constitution meant to those who conceived it — most prominently of late in the 2008 Second Amendment case District of Columbia v. Heller. As the Kavanaugh hearings reminded us, Americans’ preoccupation with our Constitution’s birth fuels relentless struggles over the Founders’ intent, the Constitution’s original meaning, and the nation’s foundational values.